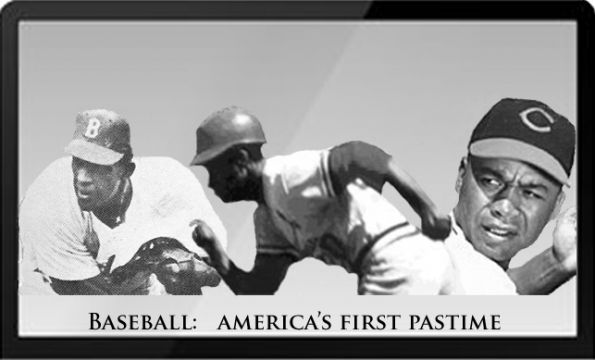 America’s all-time favorite pastime has been around since the 18th century and it depends on who you believe invented the game -Abner Doubleday or Alexander Cartwright- the game became so popular, it sprouted several semi-pro national baseball clubs in the 1860s after the Civil War. The New York Knickerbockers were the first team to play baseball under the modern rules.
The New York Cuban Giants, organized in 1885 was the first professional black baseball club and competed with other clubs without an official league or organize rules until Rube Foster, a former ballplayer, founded the Negro National League in 1920. The Eastern Colored League was established in 1923 and they became known as the Negro Leagues.
The Negro National League had a span of prosperity until 1930, succumbing during the Great Depression.
The Negro League World Series was revived in 1942 and entertained huge crowds up to 1948
Moses Fleetwood Walker is considered the first African-American to play at the major league level in 1884, but when Jackie Robinson signed a contract with the Brooklyn Dodgers In 1947, the color barrier was breached and the opportunity for talented African American players to play in the white-only major leagues started slowly.
(During this period, many black players had played in leagues in Latin-America, Canada, the Caribbean and Central America and South America. That was considered the “Hot Stove” leagues because they were played in the off-season winter months)
(Latin American players benefited greatly from integration, too. In 1951, the Chicago White Sox signed Venezuelan-born Chico Carrasquel and Cuban-born (and black) Minnie Miñoso, and both were the first Hispanic All-Stars). 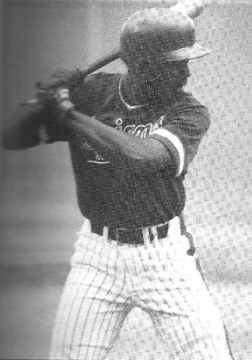 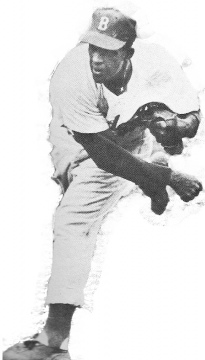 On July 5, 1947, Larry Doby integrated the American League when he was signed by the Cleveland Indians.
Over the next few years, black players began to produce outstanding performances. Besides Robinson and Doby, other stars included Buck Leonard, Josh Gibson, Oscar Charleston, Cool Papa Bell, Roy Campanella, Joe Black (Robinson’s Brooklyn teammates ) and the great Satchel Paige (Doby’s teammate in Cleveland).
As more players began to move into the more established leagues, attendance and support for the Negro Leagues began to dwindle, and eventually it effectively aided in their eventual demise.
(The Negro American League of 1951 is considered the last major league season and the last professional club, the Indianapolis Clowns, who put on exhibitions from the mid-1960s to 1980s).
Yet, by 1953, only six of the sixteen major league teams had a black player on the roster.
(The Boston Red Sox became the last major league team to integrate its roster with the addition of Pumpsie Green on July 21, 1959)
Despite the few numbers, black players won Rookie of the Year awards nine times in fourteen years (1947–1960).
From 1947 to the 1970s, recruitment rose steadily and  by 1974, 27% of baseball players were African American.
Black college baseball’s has its roots in “Who’s Who” in college and professional baseball.” Early stars William Matthews (Tuskegee Institute), Julian “Cool Papa” Bell (Tennessee State), Sam Bowens (Tennessee State), Mackie Freeze (Grambling), Ed Hudson (NC Central) probably don’t rang a bell to baseball enthusiasts, but they were among a vibrant young group of men who helped mold their franchises.