The 11th Black College Football Hall of Fame class includes five players from the SWAC and SIAC respectively and a head coach that won seven CIAA championships in his career.
This class features the first induction of a punter in the Hall of Fame’s history. These inductees bring the total to 96 overall in the HBCU football Hall of now Fame including 78 players and 12 coaches.

Bacon played four years with the Jackson State Tigers and helped lead the team to the 1962  SWAC championship in his freshman season.
Bacon began his professional career in 1965 with the Charleston (W.Va.) Rockets of the Continental Football League. He spent the 1967 season on the Dallas Cowboys on the reserve squad before joining the Los Angeles Rams of the NFL in 1968.
He teamed with the Fearsome Foursome defensive linemates Deacon Jones, Merlin Olsen, Roger Brown and Lamar Lundy after spending the first half of the season on the practice squad.
Bacon played 13 seasons playing with the Rams, San Diego Chargers, Cincinnati Bengals, and the Washington Football Team.
He was named to three Pro Bowls in his career. 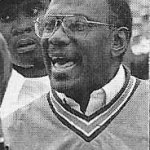 Willard Bailey Coach, Virginia Union University (1971-1983; 1995-2003),
Norfolk State University (1984-1992), Saint Paul’s College (2005-2010), Virginia University of Lynchburg (2011-2013)
Willard Bailey’s coaching career began Essex County High School in Virginia. He went on to have an illustrious 42-year coaching career with an overall record of 238-168 in the CIAA. His teams made six NCAA Division II playoff appearances and won seven Central Intercollegiate Athletic Association titles.
His Virginia Union teams did not have a losing season in his first stint from 1971 to 1983 and made five consecutive Division II playoff appearances.
Bailey’s teams won 57 games with four conference titles and six Division II playoff appearances. In his second stint at Virginia Union, he showed his ability to rebuild when after going 0-8-2 in 1995, the team went 6-5 two years later and 8-3 three seasons later. When he was at St. Paul’s College, he helped Greg Toler become the school’s first player to be selected in the NFL draft. 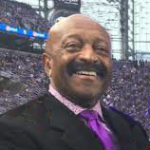 Coleman was one of the first African American punters in the NFL and the first punter to be inducted into the Black College Football Hall of Fame.
He had a successful college career at FAMU and went on to play in the NFL. Coleman had a 12-year career in the National Football League with the Cleveland Browns, including 10 seasons with the Minnesota Vikings, and the Washington Redskins.
He finished in the top five in total punts five times including the 1982 seasons in which he led the league in that category.
Coleman was selected by the fans to be a member of the Viking 40th Anniversary team. Other honors include the Florida A & M Football Hall of Fame (1985) and the State of Florida Track and Field Hall of Fame.

He is a member of Alpha Phi Alpha fraternity. Coleman currently is the Minnesota Vikings sideline reporter for KFAN. 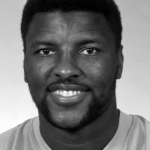 One of two Alcorn State Braves inducted into the 2021 class, the two-time All-SWAC tight end won two SWAC championships with the Braves in 1974 and 1976.
He was selected in the third round (70th overall) in the 1977 NFL Draft by the Houston Oilers.  Giles would play 13 seasons in the NFL including nine with the Tampa Bay Buccaneers where he made nine Pro Bowl appearances. He finished his career with 350 receptions for 5,084 receiving yards and 41 touchdowns. He was inducted into the Tampa bay Buccaneers Ring of Honor. 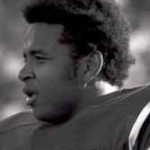 Hill was a three-time All-SWAC offensive and defensive lineman Texas Southern.
He was a 11th round pick of the New York Jets in the 1963 AFL Draft. He played 15 seasons (14 with the Jets) and was named to eight Pro Bowls including seven straight from 1967-1973.
He became the left offensive tackle which protected Hall of Fame quarterback Joe Namath and played a pivotal role for Jets team that won Super Bowl III.
He was inducted into the Pro Football Hall of Fame class of 2020. 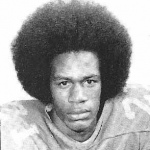 In his three years at Alcorn State, Roynell Young was a three All-SWAC defensive back and an NAIA All-American team. He was inducted into the SWAC Hall of Fame in 2017.
Young was selected 23rd overall in the 1980 NFL Draft by the Philadelphia Eagles where he spent his entire nine-year NFL career. He finished with 23 career interceptions making a Super Bowl appearance in his rookie year and a Pro Bowl in his second year.

PRAIRIE VIEW A&M UNIVERSITY became the first state-supported Black College in the State of Texas. In 1945, the name of the institution was changed from Prairie View Normal and Industrial College to Prairie View University. The school is a charter member of the Southwestern Athletic Conference and participates in NCAA Div. I (FCS in football). Notables: Zelmo Beaty, (basketball), Cecil Cooper (baseball), and Otis Taylor (football).

CLEVE ABBOTT became the First African American member of the USA Track and Field Board. He founded the Track program at Tuskegee Institute. He mentored Olympic stars Alice Coachman and Mildred McDaniels.

The first Televised BLACK COLLEGE FOOTBALL GAME aired on ABC-TV on August 28..…the Whitney M. Young Classic in Yankee Stadium…Morgan State vs. Grambling State. The Golden Bears outlasted the Tigers, 9-7 in a hard-fought game before 54,000 fans.

The Return of the Orange Blossom Classic 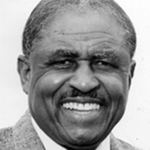 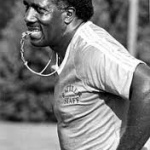 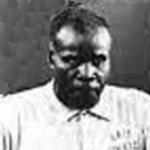 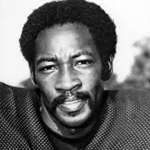 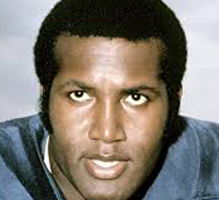 A Classic that Put Black College Football on the Map
Labor Day Weekend will mark the return of the Orange Blossom Classic after 47 years. Again, Florida A&M, in its inaugural season in the Southwestern Athletic Conference (SWAC) will host Jackson State University. The game is scheduled to be played at the Hard Rock Stadium in Miami Gardens on Sunday, September 5, 2021.

The History
From 1933 -1978, the Florida A&M Rattlers hosted other Black college football teams and was the most popular event of the post season for Black college football fans. The event was considered the “Black National Championship” game.
For over 30 years, the Orange Blossom Classic football game in Miami recorded the largest annual attendance of Black college fans.
The 1967 Orange Blossom Classic was a “classic” in itself. Florida A&M University (FAMU) and Grambling University featured two top football teams with two star quarterbacks (FAMU’s Ken Riley and Grambling’s James “Shack” Harris, led by two legendary coaches, FAMU’s Jake Gaither and Grambling’s Eddie Robinson.
In a highly entertaining and hard-fought contest, the Rattlers outlasted the Tigers, 28-25.
The Founder
The Orange Blossom Classic was founded by J.R.E. Lee Jr., the son of Florida A&M University’s president in 1933.
At time when black college football teams were not allowed to compete in bowl games, that breakthrough game FAMU defeated Howard, 9-0 in front of 2,000 fans at a “blacks-only” ballpark in Jacksonville, Fla.
For 13 years, the contest was shifted around the Florida cities of Orlando, Jacksonville and Tampa before settling in Miami in 1947.
That game set another precedent as for the first time, black fans were permitted to play in the previously white only Orange Bowl.
The Game
Before a sellout crowd in a hotly contested defensive battle, Florida A&M wide receiver Nathaniel “Traz” Powell caught a 45-yard pass for the only score of the game and the Rattlers downed Hampton Institute 7-0.
Powell became the first black player to score a touchdown in the Orange Bowl.
The last game was played in 1978. By then, the game had suffered from dwindling sponsorship and attendance. Ironically, the Rattlers faced the Tigers of Grambling and overwhelmed them, 31- 7. FAMU, led by head coach Rudy Hubbard went on to become the only HBCU to win a NCAA Division I-AA national football championship. They defeated UMass, 35-28.