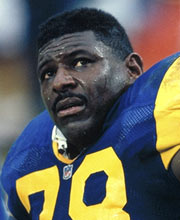 Jackie Slater played in the Southwestern Athletic Conference All-Star Game three times, and in his senior year at Jackson State, he was named to the Pittsburgh Courier Black College Football All-American First Team as an Offensive Lineman. Slater was invited to play in the perennial College All-Star Football Classic, which pitted the best of college football senior players against the National Football League champions. Jackie was a third round pick of the Los Angeles Rams in the ‘76 NFL Draft. He played in 259 consecutive games from 1976 – 1995, setting a record for an offensive lineman.
The seven-time Pro Bowl/three-time First Team All-NFC tackle anchored the Rams offensive line that open holes for seven 1000-yard rushers:
Eric Dickerson, Charles White, Greg Bell, Cleveland Gary, Jerome Bettis.
In 1983, Jackie Slater helped Dickerson set a rookie rushing record of 1808 yards.
He was inducted into the Jackson State, SWAC and Pro Football Halls  of Fame.
Slater set NFL record with 259 consecutive games played
(1976-1995) 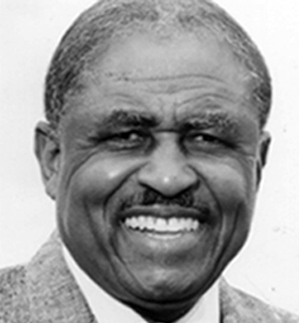 Legendary head coach Eddie Robinson enjoyed one of the finest coaching careers in sports history and was one of the greatest leaders the game ever saw.
His success embodied a pivotal times in the evolution of Black college football. Robinson spent 56 years (1941-1997) at Grambling State University and made unprecedented moves by taking his teams on the road to big city stadiums and helped introduce Black College football to the world.
In his 56 year career, he had 45 winning seasons, including winning or sharing 17 Southwestern Athletic Conference championships and nine black college football national championships.
More than 200 of his players went on to play in the American Football League, CFL, and NFL. Robinson coached three  Pro Football Hall of Fame players.
He won his 408th game on October 11, 1997 (26-13 over Mississippi Valley) and became the winning-est coach in the history of college football.
He was inducted into the College Football Hall of Fame in 1997.

The SWAC champions – Grambling State opened the 1991 SWAC season against the Alcorn State Braves.
And in the very first snap in the opening series, the Tigers knocked the Braves starting quarterback out of the game. The powerful Tigers, picked to win the conference title, had to feel their chances bolstered and started to feel confident of a certain win.
Coach Robinson peered across the field at the tall, gangly youngster coming off the Braves bench.
If anyone was wondering if the kid could handle the pressure  in his very first action in the rough and rugged SWAC, he promptly went out and led Alcorn State to a thrilling upset of the Tigers, 27-22.
And the rest is history.  For the next four years, Steve McNair lit up the football world with his knack for thrilling comebacks. Armed with a powerful arm and rushing prowess, he was a perennial All-American for three years and named National Player of the Year in his senior year.
He solidified his career with a spectacular game on October 22, 1994 with a 22-yard scamper against rival Southern University which capped a 41-37 comeback. In the fourth quarter with 2:15 seconds left in the game, he hit his brother Tim McNair with a short pass…then tossed a 52-yard bomb to wide receiver Robert Hinton to the Jaguars one-yard line.
With just 10 seconds to play, Steve broke off a on-yard run, breaking tackles on his way to seal the victory.
He finished the game with 567 passing yards.
In his last regular game vs. Jackson State, Steve topped that when he threw for 557 yards in a 52-34 romp. His career TDs was a conference and school record. He set NCAA all-time Career Passing with 13, 487 yards.
McNair was the 1995 first round pick of the Houston Oilers/Tennessee Titans and went on to lead them to five NFL playoffs and was runner up in Super Bowl XXXIV. 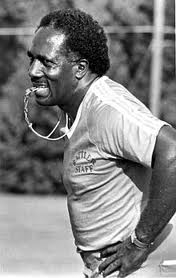 Giant Killers
The Rattlers Pulled the Upset of the '70s

Rudy Hubbard stepped into the shadow of the great Jake Gaither at Florida A&M in 1974. Hubbard’s impact was felt right away as the went 30-5 from 1977-79. He led the Rattlers to two undefeated (1-0) seasons and reaped the 1977 NCAA 1-AA National title with a 12-1 record.
FAMU suffered through critical injuries to key players after jumping out to a 5-0 start. They came into the season with a boatload of veterans with championship pedigree including (three-time all-America defensive lineman Tyrone McGriff (future College Hall of Fame member). The Rattlers were ranked no. 1 in Division 1-AA at the start of the season. The fourth victory in their 5-game winning streak came in Week four when the University of Miami came into Doak Campbell Stadium. Like most Division I teams, they must have had an air of confidence about playing a smaller, less known team. 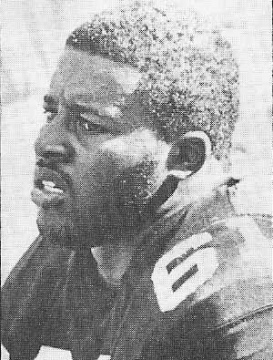 The Hurricanes quickly found themselves battling for respect as the Rattlers shut down the potent ‘Canes’ attack for four quarters, using a hard-hitting defense and a wide open option ground game orchestrated almost perfectly by quarterback Sammy Knight.  With halfback Melvin McFadden and Archie Jones leading the rushing, they kept the ’Canes’ off balance all day.  Knight led the bruising rushing attack with 100 yards. With the game tied at 113-13, kicker Vince Coleman booted a 34-yard field goal and staked FAMU to a 16-13 lead  that they wouldn’t relinquish.

Godfather vs. Gunslinger
Shootout in the Valley 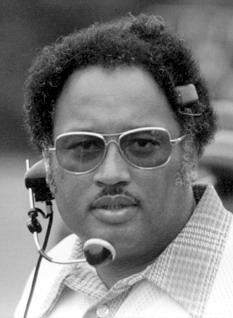 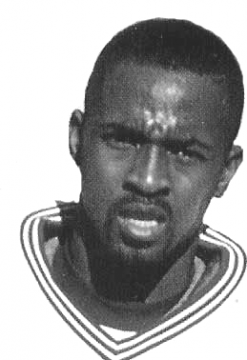 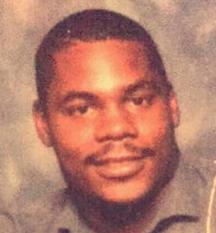 Archie “Gunslinger”Cooley stood up in the preseason coaches clinic and declared the Delta Devils of Mississippi Valley State were ready to challenge for the Southwestern Athletic Conference football crown.
Mississippi Valley ranked fifth in the nation with one of the highest ranked offense (averaging 64.1 points per game and a devilish 666.6 yards per game) in the country and was fourth in Div. I-AA football in defense, (allowing less than 16 points in a game all season). Led by All-America quarterback Willie Totten and wide receiver Jerry Rice, the Delta Devils were darn near unstoppable.
The Alcorn State defense was ranked second in the country, led by their senior All-America defensive back Isaac Holt, who held the NCAA career mark in interceptions. The Braves, under head coach Marino “The Godfather” Casem operated a run-first, pass-second offense that that averaged 436 yards per game and 44.3 points, second in the country.
It was the perfect storm. Two unbeaten teams. A showdown in front of 63,808 rabid fans.
QB Willie Totten entered the game holding NCAA D-1AA single-game records for passing attempts (77), completions (46), passing yards (599) and touchdown passes (9). His 43 touchdown passes were already six more than the previous season record.
WR Jerry “All-World” Rice set single-game records with 294 yards and five touchdown catches against Kentucky State in the season opener was on a record shattering pace with a new single-season record 21 touchdown catches and had broken the career receptions record with 4,384 yards, topping former Howard star Tracy Singleton’s record.
Totten had other lethal weapons like Joe Thomas’s 66 catches for 934 yards that would have led Div. 1-AA football if not for Rice. Three other receivers entered the Alcorn game with five touchdowns or more.
As the game progressed, it was evident there would be an offensive explosion, but it didn’t come from Cooley’s Delta Devils.
The Braves put up 526 yards on their opponents, 211 of them from running back Perry Qualls who scored a school-record five touchdowns on runs of 1, 9, 5 and 3 yards, and caught a 10-yard scoring pass from QB Richard Myles, as Alcorn State raised its record to 7-0, including 4-0 in the conference.
The Braves stingy defense kept the ball in Qualls’ hands as the offense control for 38 minutes and 40 seconds, leaving Valley just 22 minutes and 20 seconds.
Against any other defense that would be enough for the ‘Devils Air Show , but Alcorn’s defense was unlike any Valley had faced that season. When the smoke cleared, Alcorn outgunned the
‘Devils, 42-28.
The Braves biggest star on that Sunday turned out to be DB Issiac Holt who shadowed Rice and held him to eight catches for 134 yards and a touchdown, but both were well below his average.
But the ‘Devils weren’t quite ready to fold until Holt sealed the deal by picking off Totten and scoring the touchdown that pretty much put the game out of reach in the dying moments.
The frenzied crowd left the stadium stunned and dazed but awed at the high quality of the game.
Rice would go on to be the first pick of the San Francisco 49ers and have a storied NFL career that ended in the Pro Football Hall of Fame. Totten left later for the Canadian Football League and never played in the NFL. He later became head coach at several SWAC schools. Isaac Holt went on to have a solid NFL career with the Minnesota Vikings and Dallas Cowboys, the Super Bowl XXVII champions. 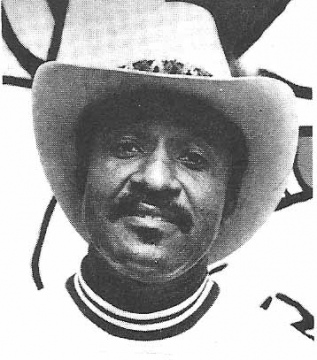 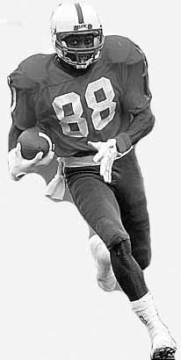 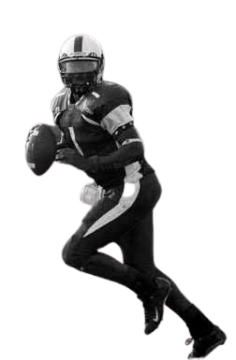 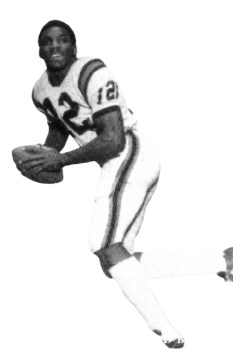 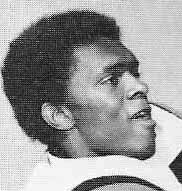 On September 24, 1976, the Tigers and Bears met on neutral ground – albeit foreign ground when they debuted the American college football game in Tokyo, Japan that was dubbed the “Tokyo Bowl.”
They were selected to celebrate the US Bicentennial with the gridiron exhibition. An added treat was the flamboyant band of Grambling who gave the Japanese a taste of a Saturday afternoon at a Black college game.
The Tigers, led by future Hall of Fame coach Eddie Robinson was coming off two season opening losses to Alcorn State and Temple, and Morgan State had won their opener 23-6 over Virginia State. Still, the annual match-up incited such anticipation because of the setting and the privilege to be the first American college team to play outside the Western Hemisphere. (The truth was, the game had been introduced to the Japanese by the American military when they would play “intramural” games after the end of World War II.) Grambling broke their losing  streak by trouncing Morgan State, 42-16. They would finish the season with at 8-3-0 while the Bears had a 6-4-0 ending. 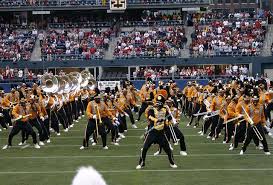 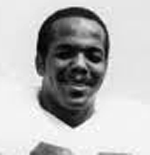 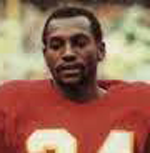