The Soul of the Game

When Tennessee State A&I stepped onto the court in the 1953 NAIA National Basketball Tournament, it would change the landscape of college basketball forever and in 1955, John B. McLendon, Jr. began his legendary chapter that made one of the greatest impacts on the game.
The story of this breakthrough was equaled to the acclaim other breakthroughs, like Jackie Robinson’s Major League Baseball debut, or Jesse Owen’s captivating performances in the 1936 Olympics.
Coach McLendon was one of the major influencers of the NAIA breakthrough and an integral part of the Black Coaches Steering Committee that championed the crusade. His story is celebrated in this documentary.
Hall of Fame   Champions

(Thanks to Milton Katz, who chronicled the “Breaking Through: The NAIA and the Integration of College Athletics in the 1950’s.” He is a professor at the Kansas City Art Institute).

This Month in History

The Glory Days of Texas Southern

The Texas Southern Tigers played a major role in the breakthrough in the NAIA basketball national tournament. Ed Adams came to the Houston campus in 1939 after a successful run at his Alma mater, Tuskegee Institute to over 200 victories.
He built the program into a major contender in the Southwestern Athletic Conference.
When the National Association o Intercollegiate Athletics finally agreed to accept the Black colleges into their tournament, it took a circuitous route. A single at large district was formed and at first, all member schools had to compete in their own tournaments and the winner was allowed to play in the big tournament.
Texas Southern made their appearance in 1955 and won their round game, 102-83 over Adrian , but lost to Adolphus Gustavus, 67-55.
It would be another 24 years before the Tigers won their first championship in 1977 with a 71-44 win over Campbell College. 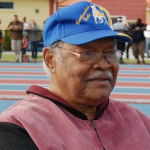 He was a standout two-way player in football and a two-time State Champion in the discus at Mays High School in Goulds, FL.
Louie was a first team offensive guard and defensive nose guard at Morris Brown College.
He was a 1959 All Conference, Atlanta Daily World and Pittsburgh Courier All-American and the 100 Percent Wrong Club of Atlanta Athlete of the Year. He was among Who’s Who Among Students in American Colleges.
He coached football and taught at his alma mater and later was named Track Coach of the Year at Northwestern High School in Miami where he compiled a 303-21 record including 13 District and 4 State titles in 17 years. He was inducted into the Florida Track and Field Hall of Fame in 1982, and received the Jimmy Carnes Lifetime Achievement Award in 2001 for his leadership as a track & field coach. 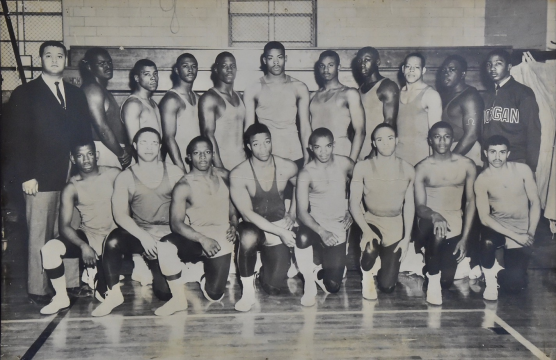 The Golden Bears will be back on the mat in 2022, making Morgan the only HBCU in the country to offer the sport of wrestling at the NCAA Division I Varsity level. After a 24-year hiatus, the sport’s revival comes as the result of the largest donation in history: a $2.7-million gift from HBCU Wrestling (HBCUW), a new initiative reestablishing wrestling programs on HBCU campuses, in partnership with billionaire philanthropist and former hedge fund manager Mike Novogratz.  See more…

What's Inside?
A Video Tour of the Site

We have revamped the site to make it easier for you to navigate! There are so many exciting sections that bring you everything Black College Sports. Check it out! 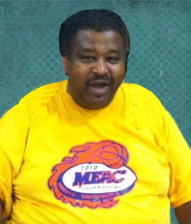 Jackie Bowe was a fixture behind the microphone at Norfolk State basketball and football games in a career that spanned 50 years. The Spartans alum made history when he became the first African American to serve as PA announcer for the NCAA Division I Men’s Basketball Final Four, a post he held from 1999-2003.
The Hampton Roads native served as PA announcer for numerous MEAC and CIAA basketball tournaments, the Hampton Roads Pro-Am and many other events. He also worked as a TV and radio broadcaster during his career.